Depressive Disorders are among the most commonly diagnosed mental illness. An estimated 1 in every 4 Canadians has a degree of depression severe enough to need treatment at some time in his or her life. Depression may affect someone once or many times in their life, or it may be chronic. There are three major types of depression: major depressive disorder, persistent depressive disorder (dysthymia) and bipolar disorder. This project focused on major depressive disorder. Specifically, Albertans whose depression is unresolved after the use of two or more antidepressant agents. The information collected by this project has contributed to a greater understanding of individuals living with, or caring for someone living with, unresolved depression. The findings will be used to support Albertans impacted by depression wherein existing treatment options have not provided relief.

The Canadian Mental Health Association Alberta Division (CMHA) conducted a survey and follow up focus groups on the topic of depression that is unresolved after the use of two or more antidepressant agents. The aim was to understand the impact of depression on everyday life and explore people’s experience with medication and other treatment options. Participants were adults (18+) who identified as someone with depression and had tried or are trying two or more antidepressant medications but have continuous or unresolved depressive symptoms (a formal diagnosis was not required). Sixteen individuals completed the survey and five partially completed the survey. Participants aged from 22 to 62, approximately half of whom received a diagnosis of depression over ten years ago (43.8%, n=7/16). The project also included five focus groups – two in Calgary, two in Edmonton and one in Red Deer (n = 9).

The content of this report is credited to the participants and recognizes their courage in sharing their stories to help improve the lives of all Albertans living with depression. The synthesis integrates both quantitative and qualitative responses to provide a fuller picture of the experience of living with unresolved depression. 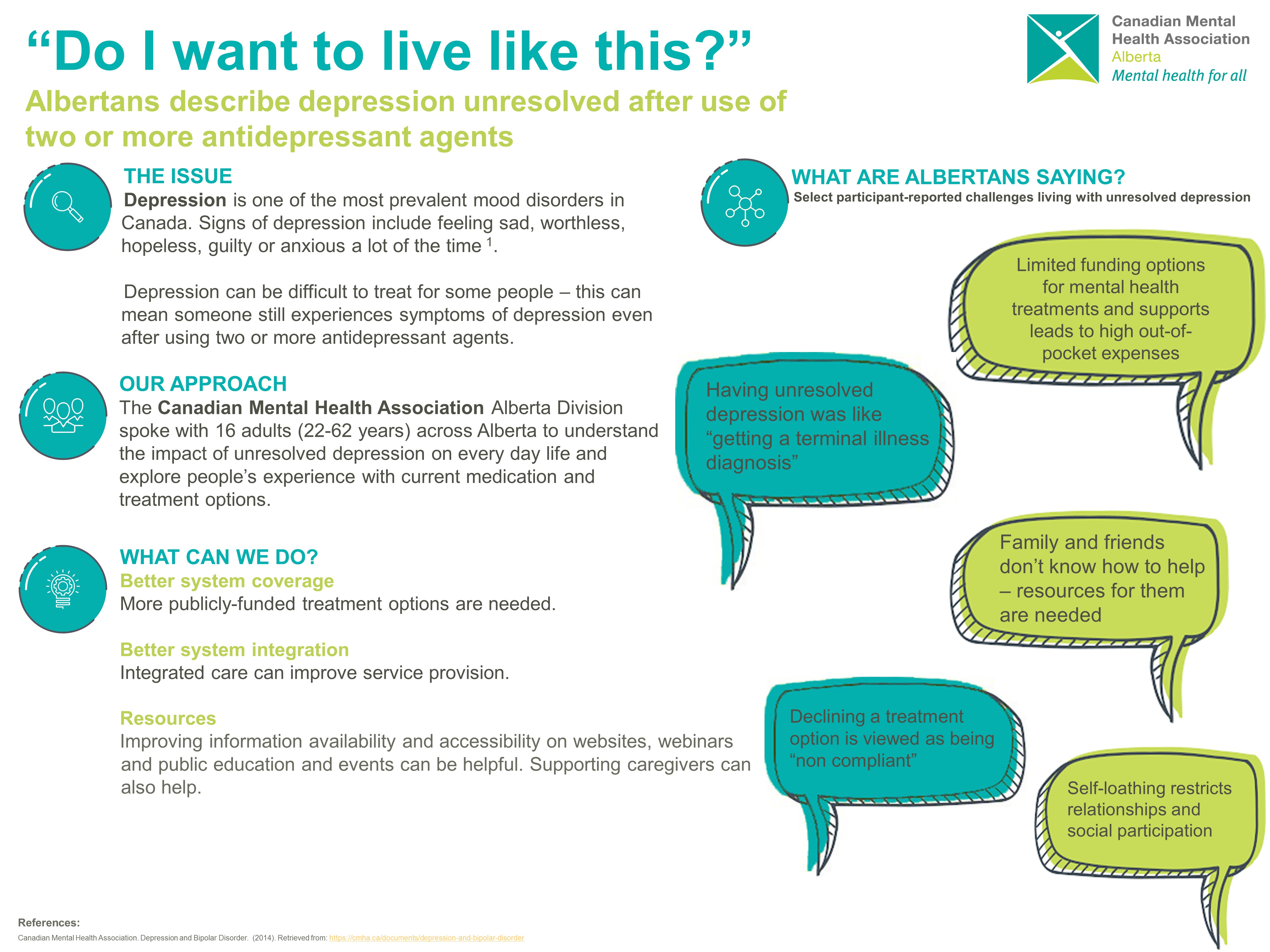