Austin’s path was set for academia in his late twenties. He was writing, publishing and exploring the world. His experiences ranged from a junior field member on a NASA mission to the Antarctic to a research trip to Moscow with the Soviet Space Program. 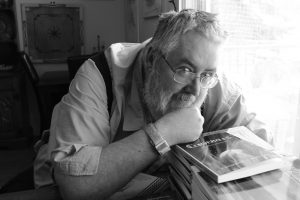 His expeditions also featured a few ordeals and the tolls of those caught up to him, leading to his first psychotic break. Austin recalls being non-functioning. His father took him to the hospital but he wasn’t admitted. He had family present, so he was sent home with them to seek treatment. Instead he wandered the streets and eventually found his way to a church. He met an usher who took him back to the hospital and this time, without the presence of family, he was admitted. He was 30 when was diagnosed with schizophrenia.

Austin’s journey to recovery began with medication. In the early stages of his illness, his medication ranged in effectiveness. Austin learned that compliance with his medication is essential. He describes taking medication as critical a daily ritual as the rising of the sun. He has never gone off of his meds and, in 23 years, he has only missed 19 doses. 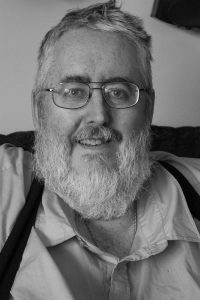 He recalls crossing the threshold into the psych ward. “My life wasn’t over when I crossed that threshold, it just changed dramatically. It’s like climate change, it doesn’t end, it just changes. Rain falls in new places and it’s warmer in other places.”

“You don’t die of it, you live. And I decided that I was going to have a decent life,” he says. He started to seek meaning in ways beyond his intellect. Schizophrenia encouraged him to develop a balance in his character. His life is now filled with a wife, a son and a basset hound named Ghandi.

Austin is still on his academic path, constantly publishing, but he has varied his sources of meaning and his resulting awards collection. He has published 260 articles, 40 books and has two more in print.

“I’m a better person now because of schizophrenia,” he reflects. He strove for stability and sought to bring calm to his life. And he can safely say that his life is stress-free. “You can still get fulfillment, it’s a different type of fulfillment and for me it’s more balanced.”

To learn more about Austin, please visit his website.